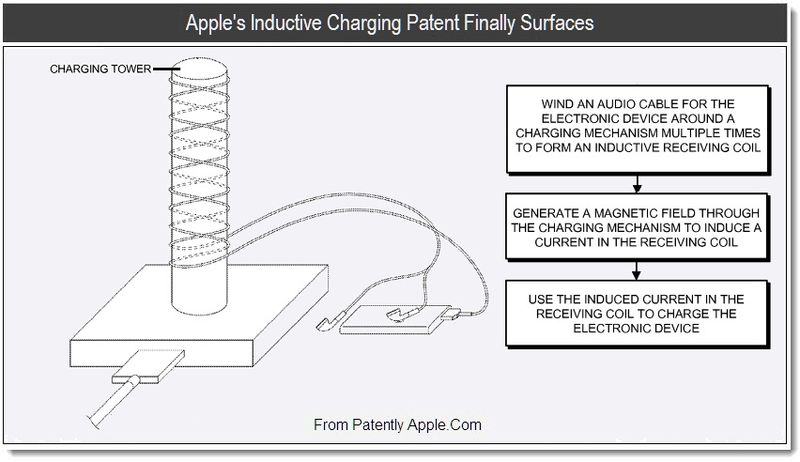 On August 4, 2011, the US Patent & Trademark Office published a patent application from Apple that reveals two specific concepts of an “Inductive Charging System” for use with iOS devices. The first concept involves an oddly designed charging tower. Apple envisions a user wrapping their earphone cables around this charging tower and placing a new conductive metal mesh earphone on the media device to begin the charging process. The second system, which seems to be a little more practical, involves an acoustic charging mechanism which wouldn’t require a charging tower. Instead of creating separate inductive chargers for various media players and tablets as others have done, Apple is trying to create a single inductive charger that would fit the needs of multiple devices.