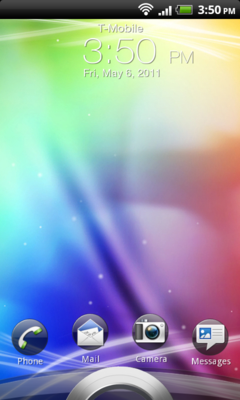 Update:In this video I preview Derek’s ROM port for HD2. This ROM is a GingerBread 2.3.3 with Sense 3.0, Pyramid-based with the framework and apps from Kingdom. The Sense 3.0 experience is real smooth, faster than any previous Sense versions. Almost everything works, few glitches which are hardly noticeable. Weather works with sound, new messaging layout, HTC Trends widget, 3D Home Screen & a lot more.
Link to the ROM thread on xda: http://is.gd/ZzPkbA

It was not a week since the launch of HTC Sensation (a.k.a HTC Pyramid) which came with the exclusive and latest Sense version of 3.0, developers started to sort out ways to bring the eye-candy to the classic legend HTC HD2. In a couple of weeks there were prominently 2 builds with the version 3.0 of Sense but were largely broken, with most of the new Sense 3.0 features were not functional, but was a hard work. Few builds followed which came up with a mix of Sense 2.1 and 3.0, replacing the functional elements of 3.0 over 2.1’s. But today, a new build with almost everything fixed was released, based on a Desire HD build Sense 3.0. This ROM features the Sense 3.0 with working weather, lockscreen and camera. So there you go, HTC HD2 revived! Thanks to the developers who spend time working hard on this.

Head over to xda forums for all the information.