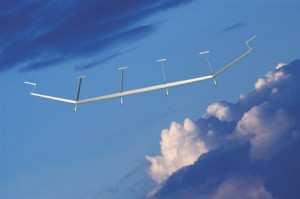 According to a recent report, President Barack Obama approved an aviation bill, which along with several other things, will allow the “unmanned aircraft systems”, more commonly drones, into the sky. Such drones are likely to hover around in the stratosphere layer of the sky. Stratosphere lies roughly about 50,000 to 150,000 feet above sea level. While only the lower part of the Stratosphere is currently being utilized by commercial airliners, a little above for military, scientific and weather applications, the major part of Stratosphere remains empty, cold and rather closer to the outer space than to the earth.

The technology to implement drones is already into development. In September last year, Boeing announced its contract with Defense Advanced Research Projects Agency to develop what they call ‘Solar Eagle’, a drone capable of reaching more than 50,000 feet high and staying there continuously for 5 years.

Such drones are capable of collecting high-res images of city, streets, a speeding vehicle, individual pedestrians. At night, they will capture the precise moments when the lights in living rooms and bedrooms are turned on and off.

To get more insight into this topic, read here.