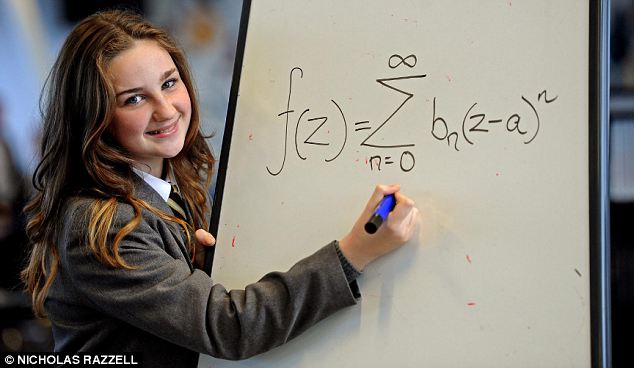 Olivia Manning: A girl brainier than Einstein and Hawkings

Let’s know something about 12 year old Olivia Manning, who has now become a celebrity in her school after she was found to have an IQ score of 162. Olivia Manning,  from Liverpool, holds an IQ score well above the average of 100, which puts her in the top 1% of intelligence in the world. Moreover, her score of 162 is ahead of German Physicist Albert Einstein and Professor Stephen Hawking by 2 points. Olivia admits to having the knack of quickly absorbing and remembering new information ranging from riddles to dance moves but confessed to being “speechless” when she discovered her score. Her teachers provided her with extra home work at school. She is a member of the academy’s burgeoning Mensa weekly after-school problem-solving club for gifted students.

She has now been given the honor to be a part of Mensa, where she will be joined with a network of brainy people like her across the world. Mensa is the oldest high IQ society organization, which works to foster human intelligence for the betterment of humanity.