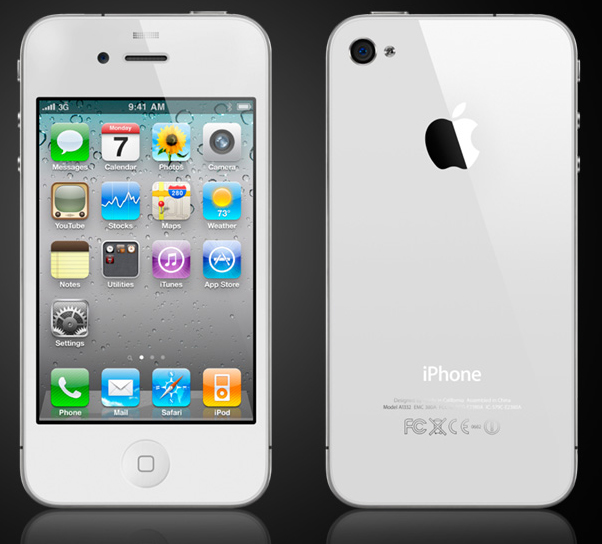 Nearly a year after the iPhone 4 was initially released, Apple has finally confirmed that the white edition of the iOS smartphone will debut on Thursday, April 28th. Apple’s senior vice president of Worldwide Product Marketing, Philip Schiller, said in a statement: The white iPhone 4 has finally arrived and it’s beautiful…We appreciate everyone who has waited patiently while we’ve worked to get every detail right.

“Waited patiently” is an understatement. It’s been a long road of delays and rumors surrounding this lighter-hued device. When the black iPhone 4 debuted in June, Apple said the white model would follow in July. Then it became late 2010. When that deadline passed, rumored sightings of store signage became all that the white-iPhone-4-hopeful had left to hold onto.

And just when this model was all but forgotten, Bloomberg reported in early April that Apple was finally ready to start shipping the white iPhone 4 “within a few weeks.” After the (legit) white model popped up with carriers in Europe, it became clear that this was finally the real deal – even though some sellers started a bit too early.

So as of April 28th, the white iPhone 4 will be available in over a dozen countries, including the United States, where it will be available at Apple Stores, AT&T and Verizon Wireless retail locations and select Apple Authorized Resellers (i.e. Best Buy).