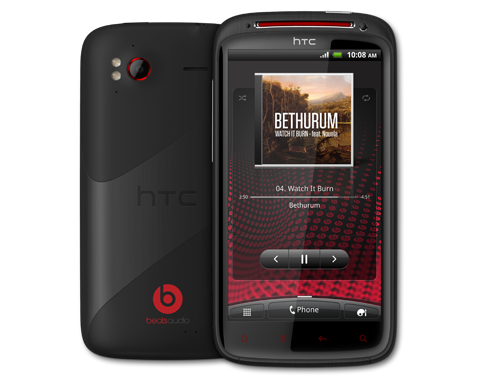 HTC is launching its first phone in a line of smartphones to feature Beats audio technology, the HTC Sensation XE.

HTC claimed its Android based Sensation XE boosts performance and battery life further than its predecessor with the addition of a 1.5GHz dual core processor and an extended battery.

The HTC Sensation XE ships with an 8GB or 16GB microSD card and the exclusive Beats by Dr Dre in-ear headphones feature a remote control, allowing you to pause, play or skip through tracks and answer or end calls while the phone is in your pocket.

htc-sensation-xeHTC said its Sensation XE will be available across EMEA and Asia Pacific from late September.

We have seen the phone tip up on several internet retailers, promised for release on 7 October. The device is on Amazon UK for a jaw droppingly expensive £614, Play.com for £599 and Clove for a more wallet friendly £492.

HTC confirmed that the device comes with in-ear Dr Dre headphones, and they can cost upwards of £100, so that could explain the phone’s high price.

Last month, we reported that HTC will buy a 51 per cent stake in the overpriced headphone maker Beats Electronics for $300m, its fifth acquisition of the year.

The firm said handsets with integrated Beats Audio will “redefine the smart phone industry and define the future”, which we think is a bold statement.