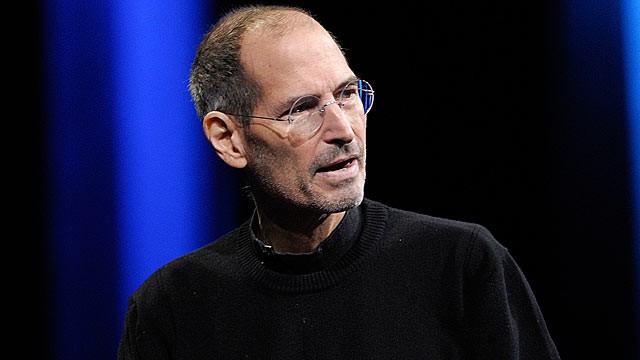 At Cupertino: Apple CEO Steve Jobs has stepped down, the board naming Tim Cook as his replacement. The company said “Steve’s extraordinary vision and leadership saved Apple and guided it to its position as the world’s most innovative and valuable technology company.”

Steve himself published the following letter:

I have always said if there ever came a day when I could no longer meet my duties and expectations as Apple’s CEO, I would be the first to let you know. Unfortunately, that day has come.

I hereby resign as CEO of Apple. I would like to serve, if the Board sees fit, as Chairman of the Board, director and Apple employee.

As far as my successor goes, I strongly recommend that we execute our succession plan and name Tim Cook as CEO of Apple.

I believe Apple’s brightest and most innovative days are ahead of it. And I look forward to watching and contributing to its success in a new role.

I have made some of the best friends of my life at Apple, and I thank you all for the many years of being able to work alongside you.

Apple has confirmed that Jobs will stay on as Chairman. Full details in the PR after the break.

Tim Cook is no dark horse. He’s no outsider either. And while most of us were caught a bit off guard when Apple announced Steve Jobs’s resignation last night, none were too surprised when the 50-year-old executive was formally named his replacement. It’s a role for which Cook has been groomed for some time now, even temporarily stepping into the position in 2004, 2009 and early 2011, as Jobs took leave in order to tend to his ongoing health problems.

Cook has been with Apple for the lion’s share of Jobs’s second coming, joining the company in 1998. At the time, Cook was six months into a stint at Compaq, serving as Vice President, Corporate Materials. Prior to his brief run there he was the COO of Intelligent Electronics and spent a far longer 12-year stretch at IBM, serving as the Director of North American Fulfillment at the time of his exit. Cook did his undergrad at Auburn University, earning a BS in industrial engineering, going on to get an MBA at Duke University half a decade later.

When Cook first joined Apple his title was Senior Vice President for Worldwide Operations — a position that challenged him to overhaul the company’s inefficient supply chain. The exec would soon prove himself an invaluable and no-nonsense leader within the confines of Cupertino, trimming excess fat, closing down factories, reducing inventory levels and pumping up margins. He compared his work to the dairy business, driving home the importance of never keeping anything past its freshness date. And no collection of Cook anecdotes is complete without a simple question — “Why are you still here?” — posed to a fellow executive half an hour after telling them that someone needed to be in China, addressing a supply concern there.

Most Cook anecdotes paint him as dry and business-minded, waking up at 4:30 in the morning to send emails, and holding meetings on Sunday night to prepare for the week to come. So it was no surprise that Cook’s first official staff letter as CEO arrived bright and early this morning.

In 2005, Cook was named COO, having already stepped in for Steve Jobs a year earlier during his first medical leave. At the time of his promotion, Jobs said of Cook, ” Tim has been doing this job for over two years now, and it’s high time we officially recognized it with this promotion.”