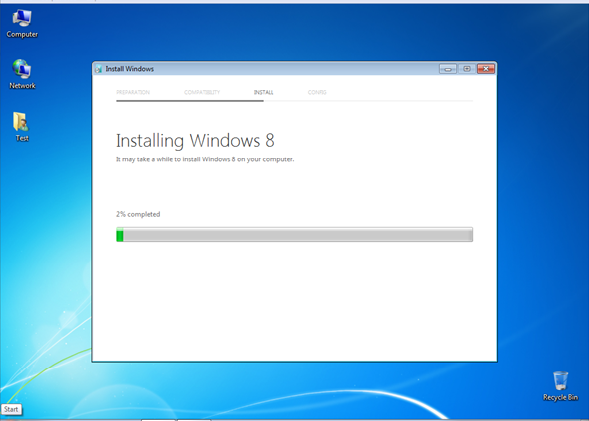 At the 2011 Consumer Electronics Show in Las Vegas, Microsoft announced that it would be including support for system-on-a-chip (SoC) and mobile ARM processors in its next version of the Windows operating system, which is expected to be called Windows 8. It is anticipated that Windows 8 will be released in 2012 or later.

Screenshot shows the Windows 8 upgrade option run on a virtual machine. It features the new Ribbon UI, of which there are leaked images available on the net. Couple of milestone versions of Windows 8 have been leaked on various sharing sites and people are testing and exploring the upcoming Windows version. It is expected somewhere around the Q2 of 2012, the year which also has Windows 8 tablets from Dell scheduled to launch.